In Silvi Marina, a locality in Abruzzo, overlooking the sea, in the province of Teramo and not far from Pescara, we propose the sale of a historic Villa, whose construction dates back to 1800, located on the slopes of the hill, in a privileged position being about 300 meters from the Adriatic Sea and at the same time enjoy the view. E%u2019 the private Villa built in the Territory., has undergone an important expansion thanks to the%u2019 work of a well-known Architect in the early years of %u2018900, embellishing the structure with an eclectic style. The construction of 800 square meters arranged on three housing levels as well as a charming tower located to the north on the main front, all insistent on a garden of 1500 meters. The original vaults, the stuccoes expertly taken up in a current renovation, enhance the %u2019 Property making it habitable in modern standards, maintaining the aesthetic restoration in the missing parts according to the%u2019 historical image. The building is presented in a square planimetric shape and exposed on all sides, guaranteeing in addition to %u2019 excellent usability of the spaces, also natural light on each side of the dwelling. It is accessed through a gate located on the street, directly on the square in front of cobbled, in the center of which there is an elegant geometric design made with pebbles of matching colors. The symmetrical main façade, framed by cantonals and cornices, with an elegant brick ring portal in the center l%u2019 topped with a balcony supported by molded stone shelves. You access the ground floor through the renovated original wooden door and compass door, in a stately cruise-vaulted entrance that distributes the routes in various directions. On the right, in a northerly direction there is the reading room, preceded by axle doors and its own bathroom that are the %u2019 antechamber of the main hall, room on the ground floor of the tower, with a flat ceiling and illuminated by the large original windows with elegantly designed fixtures that enter the garden through a porch path. The fulcrum of the room is the central fireplace, decorated with jutting stuccoes, also embellished with original relief stucco tiles with polychrome majolica on the walls and stuccoes depicting faces placed at the corners of the ceiling. From%u2019 to the other side of the%u2019 entrance is the dining room, consisting of two cross spans with a fireplace covered in molded stone. From the dining room, in a westerly direction, there is the kitchen, made by %u2019, a blend of three dovecoes of which have been expertly cruising in brick side by side. From here a direct access to the garden, from the side of the pool, continue in a corridor that connects to the tinello, followed by a bathroom and a%u2019 other room with resin flooring, such as the area of this house, with a ceiling with faces and rotting brick. The flooring of the first rooms on the ground floor characterized by grain in two variations of color from red to beige with border and decorations that frame each room, with the exception of the veranda, called lemon house, in which there is a mosaic floor, with black and white marble tiles. The staircase, illuminated by a skylight with original fixture, illuminates from %u2019 high the whole compartment, highlighting the ramps with the recovered grain tread, preserving the cast iron railing and decorated with wooden handrail, in addition to the illuminated exhibition niches that preserved the ancient artistic masterpieces. On the first floor there is the first suite, overlooking the main ready with sea view, sorted over various private environments in the finishes of the weng-colored parquet and the bathroom, with in the center the central bathtub raised on a carrara marble saying. In the southern part of the floor the second suite, characterized by the terrace above the lemon house, overlooking the garden and the balcony overlooking the sea, the private bathroom, characterized by a sun jacuzzi recessed and covered in botticino pink marble. On the west side of the floor there are two other double bedrooms characterized by parquet in the red finish and service with mosaic always in red the first and in shades of blue the second. The second floor occupied by two double bedrooms in a westerly direction, and served by two central bathrooms in the finish of the mosaic in brown and yellow colors, a study on this floor, all illuminated by skylights placed on the roof and flooring in natural oak parquet. The third level, located in the body of the tower, embellished with stone flooring and overlooking the main front and the Adriatic Sea, a modern bathroom in black mosaic, a square-shaped jacuzzi, with ceiling shower light, with rain effect and chromotherapy. The suite, thanks to the %u2019 height of 6.50 meters from the ground, has a rounded mezzanine, elegant bleached oak staircase, the same essence as the parquet with which paved. The precious garden of about 1300 meters bordered by the Lecce stone balustrade, the large, heated swimming pool, with whirlpool area and covered with rich mosaic in the elegant shades of Blue. The villa has a d pendance located on two levels, with kitchen living area on the no level, two bedrooms and bathroom on the level above. A garage of 160 square meters in addition to a swath of land below the villa, beyond the roadway surrounded by flower beds, in favor of parking spaces owned. A modern underfloor heating and cooling system, with dehumidifiers d%u2019 recessed environments, video surveillance system with infrared detectors and alarm contacts on all external fixtures, represent the modernity and comfort of modern living, in a%u2019 setting full of charm and unique history and seafront. Price %u20AC 1,850,000 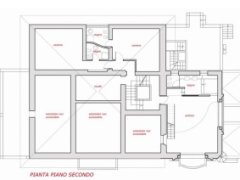 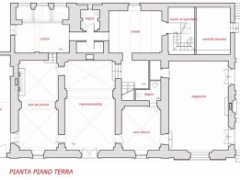 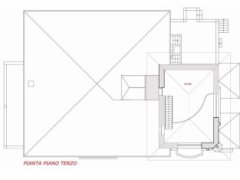 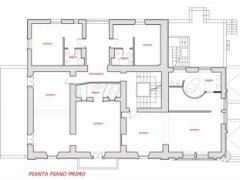 Hi! Click on one of our assistants to send a message, they will reply as soon as possible.